Top 10 Scariest Things in the World Fear is all among feelings that have a significant impact on humans. Every living being is subject to fear, whether because of any object, place, or incident.
Here are the top 10 scariest things in the world:

Krokodil and other lethal drugs

Drugs are the scariest and deadliest things humans can ever have; an addict to these chemical compounds can experience death without being dead.
A semi-synthetic opioid called Desomorphine has enormously shaken humans and their fear.
Krokodil (street name) is popularly known as Crocodile, or Russian Magic has deadly side effects and is highly addictive because of less duration of its effectiveness.
Even a negligible amount of this caustic drug injected into the body can cause lethal damage to the skin, veins, bones, and muscles.
Other harmful drugs considered similarly dangerous are Cocaine and Digoxin (death risk over 20%).

If nature could be gorgeous and pleasant to us, it could also be dangerous and scary.
A plant called Gympie-Gympie (Scientific name Dendrocnide moroides) may look like any other bush but is the scariest thing in the world.
Gympie is one of those dreads that can take the soul out of life.
D. moroides are popularly known as “suicide plants” in rainforest areas, usually found in Papua New Guinea and Australia.
It’s lethal because of the stinging hairs found all over the shrub that transmits potent neurotoxins when touched.
These neurotoxins can have an unbearable painful stinging sensation that could last for weeks or even months.
The victim quickly feels a burning and repeatedly stung sensation at the point of contact, intensifying further for the next 20-30 minutes.
During this time, the intensity of the pain can get little to no sleep and may cause urticaria in severe cases.
It has been found that the workers of rainforest areas have had a horrible experience with these plants.

People think biological weapons are nothing but the plot content of movies like The Rain and Contagion.
These movies show how terrifying biological weapons could be to vanish away from the existence of humans or any living beings.
But very few humans know about the dreadful biological weapons. It is one of the scariest things that can ever happen in human existence.
Biological weapons are also known as biological agents intentionally used in bioterrorism.
These bioagents include deadly viruses, fungus, bacteria, protozoan, etc.
This weapon is dreadful because it can cause many deaths in a short time.
Bacillus anthracis bacteria that causes anthrax is considered the most deadly agent among the toxic biological weapons.

In childhood, we used to play in the stored rainwater, untreated pools, and water pits but never thought about the hidden deadly thing inside it.
Braineating amoeba is perhaps the creepiest thing in the world which sounds deadly terrifying, isn’t it?
This amoeba can scare any human from getting into unknown water, swimming pools, or lakes.
Microorganism, once in contact, gets into human brains through the water as it is found in lakes, ponds, and untreated pools or wells.
Though the infection isn’t contagious but dreads humans going in or consuming water from outside or unknown sources.

We can not forget about deadly water monsters like Box jellyfish when speaking about terrifying oceanic creatures.
Humans wish to experience everything by touch, holding, or having it. But some should be only observed being from far away.
It could be shocking to even imagine that a jellyfish species can kill humans within two minutes.
Some species of Box Jellyfish like Chironex fleckeri sting venom through their tentacles if a human comes across its contact.
This marine venom is considered among the most deadly on the planet.
Box Jellyfish venom contains toxins that attack the heart, nervous system, and skin cells which cause cardiac arrest, paralysis, or instant death.
There are numerous horrific cases recorded of deaths due to severe stinging by box jellyfish.

After watching movies like Greenland, we can only imagine how natural disasters could vanish from human existence in seconds.
Researchers concluded that most dinosaurs ceded to exist because of an asteroid much more giant than average meteoroids.
The asteroid impact was as powerful and dangerous as 10 million atomic bombs that made the land continuously explode every single second for almost 33 years.
This could be a really horrific thing to humans and make anyone insane if it turned out to be an absolute nightmare.

We have read in history about the horrific world wars and the conclusions.
How a nuclear weapon was brought to Nagasaki and Hiroshima made it lose its figure and potential.
Among the nuclear weapons, the thermonuclear bomb is considered the most disastrous weapon and scariest thing ever powerful enough to destroy an entire city or even an entire continent.
The unfortunate fact for humans about nuclear weapons is that even if the nuclear weapons are being exploded far away;
The blast can cause heat radiation burns, earth-shaking shock waves, atmospheric pressure waves, glass-shattering sound waves, atmospheric ionization, and tissue-damaging radiation.

The object that brings bad luck or has a feared perception in history is considered a cursed object.
There are many cursed objects in categories like books, movies, places, paintings, and days.
There are popular cursed objects like “The Cursed Mirror of Myrtles Plantation,” “The Hands Resist Him Painting,” “Annabelle The Possessed Doll,” and “The Anguished Man Painting.”
Thanks to the conjuring universe movie series Annabelle Doll is believed as the most popular cursed object.
Similarly, for centuries, people have been most worried about cursed objects or numbers like 13.
It has been reported that many building blocks don’t have a 13th floor. People who believe in such curses refuse to sit in the 13th row or any kind of 13th numbered chair.

The term radioactive itself depicts the harmfulness of radiation. Over 440 operating nuclear power plants and industries produce radioactive wastes.
Being excessively harmful to humans and the environment, government agencies regulate these power plants.
But when it comes to the horrific sides of this power plant administration, even a minor mistake can cause disastrous events.
History has major disastrous events, among which the Chernobyl incident can’t be erased from our minds in ages since then.
Radioactive waste is a by-product of nuclear processes. And currently, the atomic energy industry has no answer to the ‘waste problem.’
The waste is not just from nuclear power generation but also generated in nuclear medicine, atomic research, rare-earth mining, and nuclear weapons reprocessing.
This radioactive waste is the scariest thing on earth that is transported and dumped in special ‘radioactive landfills.’
As radioactive material decays or breaks down, the energy released into the environment has two ways of harming a body exposed to it.
It can directly kill cells, or it can cause mutations in DNA. If those mutations are not repaired, the cell may turn cancerous.

Insects within the animal kingdom are usually associated with the idea that they are smaller and can easily be mashed by a single press.
The insects found inside or around the house don’t seem so terrifying but still, they could be one of the creepiest things.
Very few know about Silverfish found in bath-tub, showers, and sinks.
Another scariest insect that is found in the home is fleas. Wingless external parasites that suck the blood cause discomfort and itches when biting. They can also transmit blood-borne disease.
Other insects that can horrify humans are Fero ants, Dust mites, Bed bugs, spiders and House centipedes, etc. 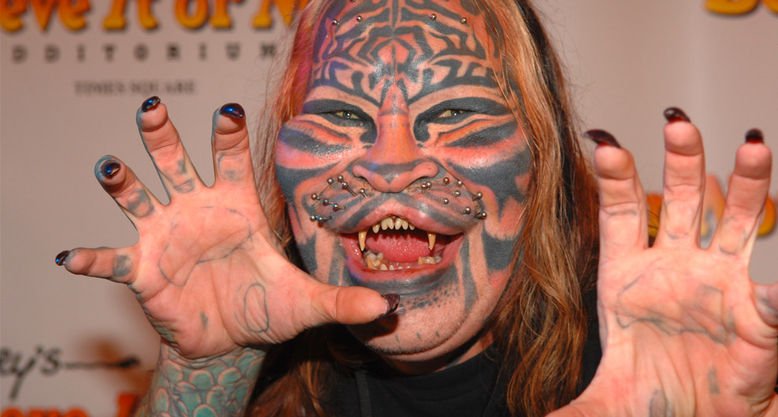